The Palearctic realm encompasses the entirety of Europe and most of the Asian mainland, except India and Southeast Asia. Eurasia has the blue color in the educational system. The exhibits of wolves, bears, European bisons, the Iron Age village, Lüftnerka farmstead and even the unique Czech river exhibit all belong to this realm in the Pilsen Zoo. The snow leopard, red panda, camel, kulan and the North African Barbary lion also belong here. The plant biotopes of this realm include remarkable biotopes of Czechia – moorlands, sands of southeastern Moravia, saltmarshes, water and marsh plants and limestone outcrops, as well as biotopes of Asia – Central Asian rocky steppe, Himalayan springs, mountain areas of China and many others.

Local Flora
Botanical exhibits are in the area between the European bison and Kulan enclosure. They represent the rich diversity of Czech and Moravian flora. There are many rare species in more than 20 different biotopes, some of them are Czech endemics. Information about every biotope is available on information panels near the exhibit.

European Forests
The European forest exhibit in the Pilsen Zoo contains mostly spacious enclosure for European bison, Brown bears and European wolves. They are in the westernmost part of the Zoo.

Lüftnerka Farmstead
A complex of historical agricultural buildings which were originally a part of a winegrowing farm is called Lüftnerka. The farmstead has been operational again since 2001 and is now divided in two parts. The farmstead itself is in the northern part. The upper building is further divided into 3 parts – the stables, showroom and the original playground. Reconstruction began in 1999 and partial repairs of the lower building began in 2001. The stables in the upper building are home to the Czech-Moravian Belgian horse breed, Czech Red Cattle and different breeds of the domestic goat. The nearby areas were transformed into enclosures for domestic animals along with small homes for pigs, rabbits, coypu, chicken, geese, ducks and sheep. Only the watchdog and domestic cats roam freely around the farmstead. The reconstruction of the lower building finished in 2005 and a historical tavern along with a zoo school opened a year later.
A beautiful flower garden, featuring ancient species of fruit trees and small fields with samples of crops, can be found in the vicinity of the farmstead. The farmstead underwent a transformation in 2017. The goal was to substitute foreign species for domestic ones, in order to gradually increase the number of local species and cultivars.

The Czech River
This exhibit was built in 2008 and is located right next to the farmstead. All four fish zones are present in the exhibit of one of the five rivers flowing through Pilsen. It is the river Úhlava, which flows from the Šumava highlands under the Pancíř mountain. The unique combination of zoology and botany faithfully represents individual fish zones embedded in the landscape. Tourist markers are an interesting addition here. Markers are deliberately used as a tribute to their inventor Vojta Náprstek, the founder of the Czech Tourist Club.

Settlement from the Iron Age
An ancient village made of clay, wood and reeds is located above the farmstead and below the wolf exhibition. It represents homes from the Hallstatt culture (800 – 400 b. c.). This historical epoch is mostly known for widespread use of a new metal – iron. It was especially important because of its availability, since iron ore deposits are, unlike tin and copper, quite common.

Mediterraneum
This exhibit is located in the area above the Kiboko restaurant and the succulent greenhouse. It is in close proximity to the exhibit Mountains of Europe and a large Moroccan birds aviary. The exhibit showcases, as the name suggests, life in nature around the Mediterranean Sea.
The centerpiece of the exhibit is a greenhouse dedicated to tortoises, namely Hermann`s tortoise (Testudo hermanni boettgeri), Marginated tortoise (Testudo marginata), Greek tortoise (Testudo graeca soussensis). They were formerly kept in the breeding facilities because of a lack of exhibit space. The greenhouse houses many plants, allowing them to finally grow, bloom and bear fruit in a natural habitat. The pond is home to the, locally critically endangered, European pond turtle (Emys orbicularis orbicularis), the very rare fish Rutilus aula, Tropidophoxinellus hellenicus and Marathon minnow (Pelasgus marathonicus). Reptiles are represented by the European glass lizard (Pseudopus apodus), Spiny-tailed lizard (Uromastyx acanthinurus), Moroccan eyed lizard (Timon tangitanus) or Cyclades blunt-nosed viper (Macrovipera schweizeri), endemic to the Greek Cyclades Islands.

European Mountains
A grassy hillside above the Kiboko restaurant was transformed into an exclusive botanical exhibit called the European Mountains in 2016. The exhibit shows European Mountains from 3 different aspects. From the geographical side from west to east, moreover from the aspect of altitudinal zonation from the Montane to the Alpine zone and thirdly also showcases the life of plants according to the soil type. Additionally, a mountain stream flows through the exhibit. It is also riddled with pathways and information about each of the mountain plant communities is accessible on information panels.

The Underground World
A unique exhibit was created in former German military bunkers under the Asian garden. It offers a glimpse deep into local history, but at the same time presents underground places like mineshafts, caves, cellars, underground wells, tombs, sewers and subterranean rivers, as well as life underground.
The underground fortress in the area of the Pilsen Zoo has been built by the German military from 1940 to 1941. The fortress was being remade into an exhibit for 6 years and was finished in 2012.

Ecosystem of the Tree
An instructive and playful new exhibit was opened in the treetop of an old oak in spring 2019. It is located above the Mediterraneum exhibit, and it offers rest to visitors hiking up the steep hill. Every tree is an ecosystem in itself. By creating wood, bark and leaves, the tree not only provides other organisms with a source of food, but also serves as their home. Many symbiotic fungi and animal species could not survive without the tree and in turn, many other species cannot survive without them. 500 to 1000 species of insects alone can be found on any individual oak, a third of which are rare. 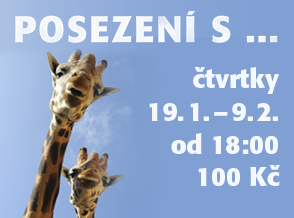 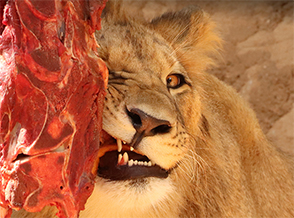 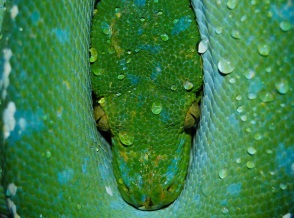 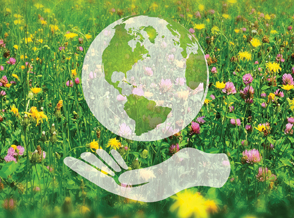 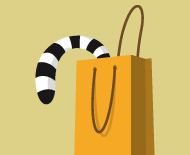 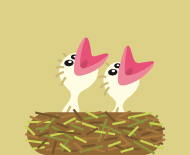 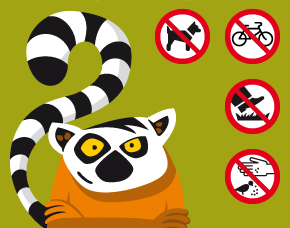